"Tower" Security Group was established on 26 October 1996. The origin of the company name is of some interest.

In 1985, the founder and the General Director of "Tower" Security Company visited Arkhangelsk Region as a tourist. Together with his friends, he went canoeing there. One day he met a hunter in that remote area, who gave him an old musket, or rather what was left of it - a trigger mechanism and a barrel which he had found in a semi-destroyed hut with a help of a portable metal detector. The word TOWER was engraved on the musket barrel. The hunter explained that the visitor might need the thing in the future... These words were recollected more than ten years later, when the company founder was establishing the enterprise and there came a question of the name for it.

The musket turned out to be an old one, made in England in 18th century, which was later confirmed by an expert of the Armoury in Moscow. In those years Russia had a lot of trade with England, so quite possibly one of the soldiers guarding the trade caravan lost or sold his weapon in Arkhangelsk region. In that way, the musket, which once used to be a guardian's weapon, has become the symbol of a security company - "Tower" Security Group.

The use of advanced technologies and the implementation of new methods of work in the branch of security have made it possible for the company to become a participant of "Emergency Assistance" programme (since May 2008). The programme facilitates providing round-the-clock practical, consultative and information assistance in any problematic situation, like legal assistance and conflict solving, personal security protection, emergency help in case of a car crash, and other swift assistance from a group of immediate reaction in every area of the Russian Federation.

It is thought that many companies which have worked for a number of years on the market of security services and gained recognition and stability, gradually lose the incentive for further development. Companies which have made themselves a name and a positive image feel quite calm and certain while sometimes missing important moments in the area of providing security services. "Tower" Security Group has a principally different point of view.

The development strategy of the company - "Don't stop on what you've achieved! Strive to be the best!" - is successfully put into practice in all the professional activities. For instance, the carefully thought-out policy on human resources and the thorough training of the qualified personnel make it possible to ensure high quality of the provided services. That is why the number of customers is steadily raising while the long-term customers have been loyal to the company for many years: the company deserves the trust and respect of its customers.

- design, installation and servicing of the security and fire alarm systems and video surveillance systems

- Services of an experienced advocate.

"Tower" Security Group is also active in other programmes on the nationwide level. Currently, there is a launched a Government-supported programme of cargo transport tracking with the help of the Glonass navigation network, which will be installed in all cars produced in Russia. It will make it possible to send an emergency signal (of a crash, assault, failure or other) to the security company of the region where the vehicle is currently present. Security Company "Tower" has been using a satellite system of tracking mobile objects for a number of years.

The high level of provided services has been proved by an independent expert organization "Rostest" which issued a certificate of compliance to the "Tower" Security Group. The document certifies the fact that since February 2007 the company's activities in security branch meet the highest quality standards in security services. It is not accidental that among company's customers there are well-known enterprises as well as large and popular companies.

On 20 May 2010, in the President Hotel of Moscow, "Tower" Security Company was granted an award and the honourable title of the laureate of the international accolade of "The Best Company of the Year 2010". In the following year, "Tower" Security Company became successful again, becoming a laureate for the second year in a row. This annual accolade has patriotic aims and tasks, being supportive of the policies of the President and the Government of the Russian Federation in the area of maintaining of competitive market economy and of creation, enhancement and development of glorious traditions of Russian entrepreneurship. The selection of the nominees was conducted on the basis of analytical research carried out by The Fund to Promote Entrepreneurship, which used the data of the Russian Statistics Agency, the directory of the President of the Russian Federation, rating agencies and other widely available sources of information. The award "The Best Company of the Year" is granted to the companies which implement new technologies, modern knowledge, enhancing efficiency and the management culture. Relying on such companies, Russia has an opportunity of fast development and meeting national objectives.

At 12-15 August 2010, in Opatija, Croatia, there was held the 12th International Business Conference organized by The Fund to Promote Entrepreneurship and the International Business Leaders Club (Switzerland), with the participation of Webster European Business University in Geneva. The conference ended with a ceremony of awarding golden medals for "The Positive Investment Image". At this important event, Ivanovo Region was duly represented by "Tower" Security Group, which became the only laureate Russian company specializing in security and safeguarding.

In Croatia, "Tower" Security Group was awarded golden medal for "The Positive Investment Image" as well as a named certificate of Webster European Business University in Geneva and certificates of entry into The Fund to Promote Entrepreneurship and the International Business Leaders Club (Switzerland).

On 09 December 2010, in the hotel centre of Presidential Administration 5-star President Hotel of Moscow, there was held a decoration ceremony of The Best Enterprise of the Year award laureates. The nominees were selected by financial reporting data and they represented not only large business, but also companies of medium and small business (based on data provided by the Russian Statistics Agency, the directory of the President of the Russian Federation and other widely available sources of information). "Tower" Security Company was also granted that respectable award.

On 15 December 2010, in the President Hotel of Moscow, there was held the Nationwide Business Economic Forum "Modernization Leaders" organized by "EurAsia" International Development Fund. The main theme of the forum was "Modernization Leaders. Russian Federation President Dmitry Medvedev’s programme on economy modernization and technological enhancement of industrial base of enterprises and companies. Effective ways of solution".
An essential part of economic forums "Leaders of Economic Development", alongside with holding important plenary meetings, seminars and round tables, is public recognition of economic and social achievements of companies and granting them a an award (statue, order or badge) in the nomination approved by the organizing committee, alongside with a diploma and a certificate.

"Tower" Security Company Head Mr A. V. Nasonov was granted "The Best Company Manager of 2010" honourable award.
Golden Medal of Quality "European Grand" award ceremony was held at the 13th Business Conference "Effective Company Management in Post-Crisis Period" organized by the Fund to Promote Entrepreneurship. The event took place at 16-19 December 2010 in Geneva and Montreux in Switzerland. "Tower" Security Company was awarded such a significant international award at this conference.

On 22 February 2011, in the hotel centre of Presidential Administration 5-star President Hotel of Moscow there was held a Honorary Reception by the leadership of the International Congress of Industrialists and Entrepreneurs for the leaders of business, science and culture, on occasion of the national holiday – Motherland Defender’s Day. An undisputed feature of the event was the acceptance of new members of the International Officers Corps, as well as the ceremony of in honour of laureates of International awards in the framework of the International image programme "Leaders of the Twenty-First Century".
These awards are granted to prominent politicians and statesmen, businessmen and industrialists, successful and stable companies, banks and universities.

"Tower" Security Group has become laureate of "Millenium" international award – for development and effective use of advanced modern technologies in business environment, enhancement and implementation of progressive and ingenious solutions; and "Tower" Security Company Head Mr A. V. Nasonov was granted "Laurels of Fame" International award – for professional achievements in the modern world and the contribution into the intellectual development of society.

On 16 March 2011 there started "Green Corridor" project, in the framework of which "Tower" has a possibility to react on alarm signals sent from vehicles currently being in Ivanovo Region.
An alarm button is installed in the vehicle, making it possible for the driver, in case of an accident, an assault or any other emergency situation, to promptly call for a group of immediate reaction. The group provides physical protection of the vehicle and its driver before the arrival of the owners of the vehicle and the cargo; and, if needed, assists in organizing evacuation, towing or repair works.

On 17 March 2011, in the hotel centre of Presidential Administration President Hotel of Moscow there was held an Award Ceremony for the laureates of annual National Award "The Best Company Manager of 2011", organized in the framework of 15th Ceremony of Public Recognition "Elite of the National Economy".
Eighty-eight best leaders of organizations and companies from all the regions of the Russian Federation became laureates of the award – and among them there was the general director of "Tower" Security Group.

On 11 April 2011, in the hotel centre of Presidential Administration President Hotel of Moscow there was held a jubilee, twentieth, award ceremony of the laureates of the Main All-Russia Award in business and enterprise "Russian Economy Leaders". General Director of "Tower" Security Group A. V. Nasonov was granted an honourable award of "The Best Russian Manager".

On 11 April 2011, at the B. I. D. International Convention in Paris, "Tower" Security Company, represented by General Director A. V. Nasonov, received on of the most prestigious economic awards: in International Star for Leadership in Quality in Gold Category, for quality, leadership, technologies and innovation. "Tower" represents the business success of Russia in front of the world leaders.

An international prize International Star for Leadership in Quality emphasizes the commitment of "Tower" to pursue for quality and perfection. General Director Aleksandr Nasonov received the ISLQ award in Paris from the hands of B. I. D. President, Mr Jose E. Prieto. "Tower" is a team of professionals who are striving for perfection of processes and reaching the leading role in the business world.

On 11th of March 2012, in Geneva, Tower Security Group, represented by the President of the Union, Doctor of Business Admninstration A.V. Nasonov received one of the most honorable world economical awards - Century International Quality ERA in platinum category. 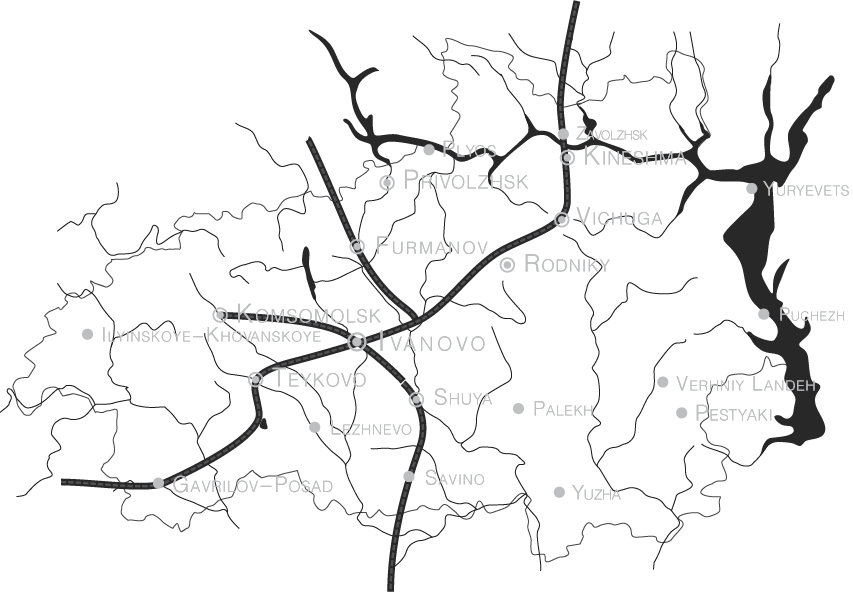